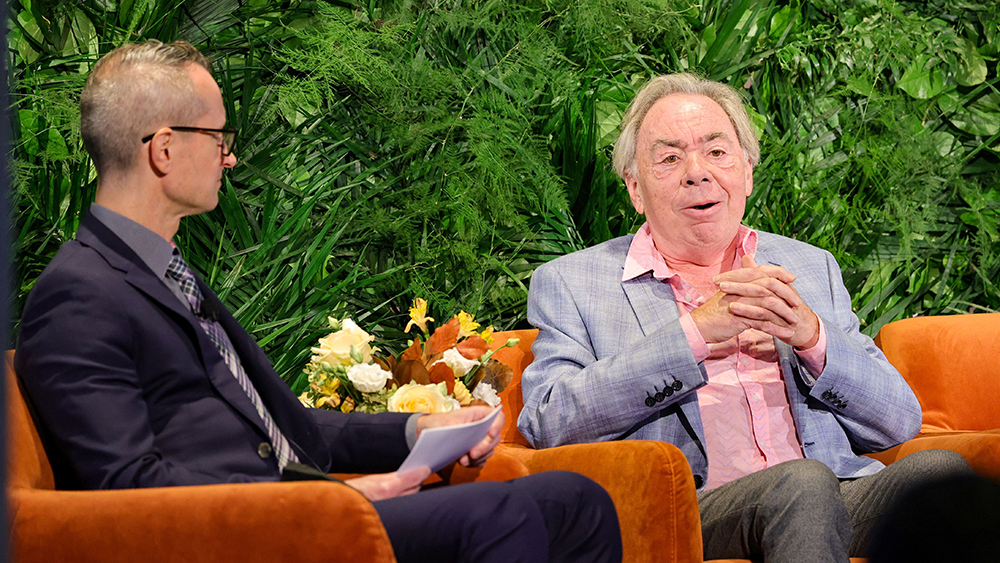 Andrew Lloyd Webber has made no secret of his distain for Hollywood’s movie adaptation of his long-running musical “Cats.”

Though the cinematic version offered up the rarity of A-list talent like Taylor Swift, Judi Dench, Jennifer Hudson, Jason Derulo and James Corden pretending to be full-sized felines, “Cats” was widely panned and flopped at the box office in spectacular fashion. It was so “off-the-scale wrong” that Lloyd Webber, who composed the Tony-winning show, bought a therapy dog to cope with the trauma.

There was a singular bright spot in an otherwise catastrophic experience, the 73-year-old composer now admits — and that was writing the song “Beautiful Ghosts” with Swift. Lloyd Webber revisited the making of the cinematic disaster at Variety Legit: Return to Broadway presented by City National, an event that brought out stage stars such as Beanie Feldstein and Sharon D. Clarke, and directors like Jerry Zaks (“The Music Man”).

Swift wrote the lyrics to “Beautiful Ghosts” over music created by Lloyd Webber. It was nominated for best original song at the Golden Globes and best song written for visual media at the Grammys — essentially the film’s only awards attention that wasn’t bestowed by the Razzies.

“We sat around the piano, I played her a melody,” Lloyd Webber recalled. “It was a joy. She’s a real pro. Talk about being a pro.” He elaborated, saying Swift took the time to dig into the source material. “Cats” is based on T.S. Eliot’s poetry collection “Old Possum’s Book of Practical Cats.”

“One of the things I was quite intrigued by, she got to the essence of what T.S. Eliot was about,” Lloyd Webber said. “It wasn’t just a lyric thrown together at all. I did enjoy working with her very, very, very much.”

The “other great consequence” of making the movie version of “Cats,” he told the crowd, “is my little Havanese puppy” who, like Lloyd Webber, loves going to the theater.

In a recent Variety cover story, Lloyd Webber revealed he bought a puppy because he was “emotionally damaged.” The dog is able to fly with him as an emotional support animal. “I wrote off and said I needed him with me at all times because I’m emotionally damaged and I must have this therapy dog,” Lloyd Webber previously shared. “The airline wrote back and said, ‘Can you prove that you really need him?’ And I said ‘Yes, just see what Hollywood did to my musical ‘Cats.” Then the approval came back with a note saying, ‘No doctor’s report required.'”

At the Broadway breakfast, Lloyd Webber assured the audience that “Cats” didn’t completely deter him from the idea of adapting any of his other musicals for the big screen. The Jellicle story had unique challenges that wouldn’t necessarily plague “Starlight Express” or “Sunset Boulevard.” Plus, the film adaptations of “Jesus Christ Superstar,” “Phantom of the Opera” and “Evita” were mostly successful.

“It’s not my world,” he said of moviemaking. “With ‘Cats,’ it was a difficult situation because it was sold years and years ago — and more or less outright — to Steven Spielberg. It was going to be made as an animated film. It was very good. The screenplay took the songs and put them into a storyline. Actually, I thought it would have worked. I wondered how you’d do something as theatrical as ‘Cats’ with real people.”

Ah, what could have been.