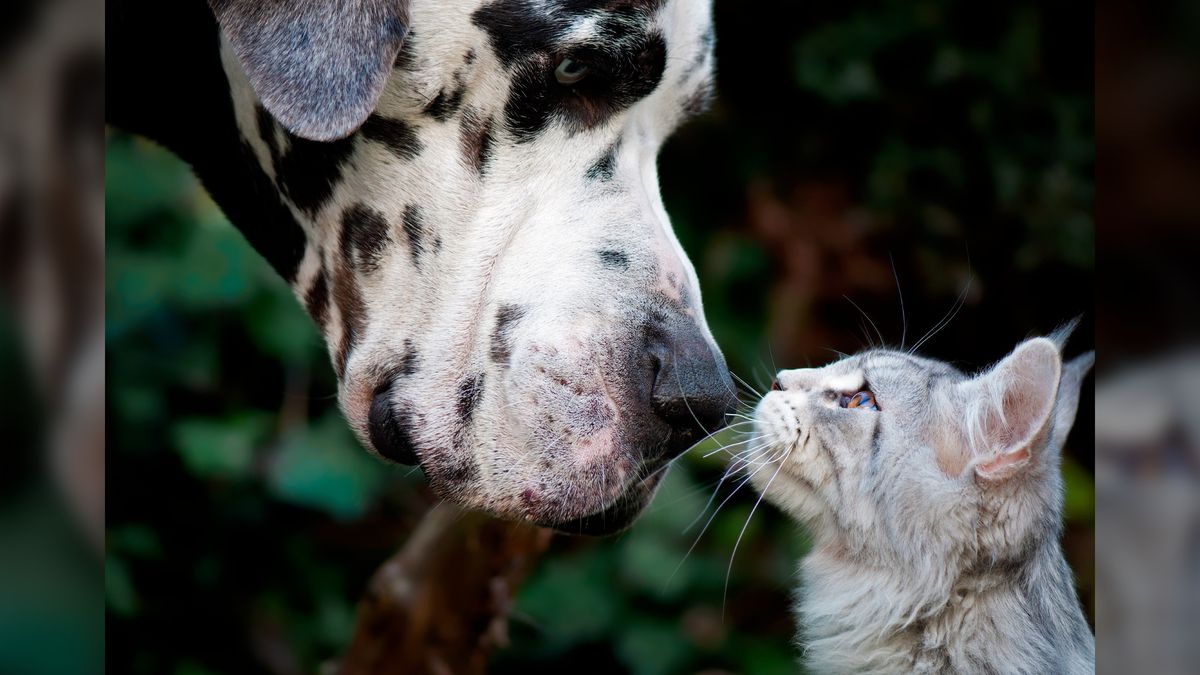 Are cats or dogs smarter? 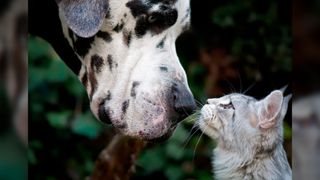 Dog and cat owners make a lot of assumptions about their four-footed companions' intelligence. Of course, we all like to imagine our Fido or Felix is the smartest animal ever to fetch — or pounce on — a ball. So can we settle the age-old debate? Which species is smarter: dogs or cats?

"Dog-cognition researchers do not study 'intelligence' per se; we look at different aspects of cognition," Alexandra Horowitz, a senior research fellow who specializes in dog cognition at Barnard College in New York and the author of " Inside of a Dog: What Dogs See, Smell, and Know " (Scribner, 2010), told Live Science in an email.

Related: Why do dogs and cats run around in random bursts of speed?

In fact, Horowitz questions the human habit of comparing intelligence across species.

"At its simplest form, cats are smart at the things cats need to do, and dogs at dog things," she said. "I don't think it makes any sense at all to talk about relative 'smarts' of species."

Brian Hare, a professor of evolutionary anthropology at Duke University, agreed with that assessment.

"Asking whether a dog is smarter than a cat is like asking whether a hammer is a better tool than a screwdriver — it depends on what it was designed for," he told Live Science in an email.

This is not to say that animal behavior researchers haven't tried to measure dog and cat intelligence — or, more precisely, cognitive abilities beyond those needed to sustain life.

Vitale primarily studies cats, and her current focus on the inner life of cats revolves around social intelligence. Often stereotyped as aloof and disinterested in humans, cats actually show a high degree of social intelligence, "often at the same level as dogs," she told Live Science in an email.

For example, studies show that cats can distinguish between their names and similar-sounding words, and they have been found to prefer human interactions to food, toys and scents. Human attention makes a difference to cats: A 2019 study published in the journal Behavioural Processes found that when a person paid attention to a cat, the cat responded by spending more time with that person.

In one of the rare studies directly comparing cats and dogs, researchers found no significant difference between the species' ability to find hidden food using cues from a human's pointing. However, the researchers noted that "cats lacked some components of attention-getting behavior compared with dogs." (Pet owners who've watched a dog beg at its feeding bowl while a cat walked away know exactly what the researchers observed.)

Related: How much do cats and dogs remember?

Then, there's brain size. A commonly held notion is that brain size dictates relative intelligence, and if that were always true, dogs would appear to prevail.

Hare said he and University of Arizona anthropologist Evan MacLean recruited more than 50 researchers around the world to apply a test they developed across 550 animal species, including "birds, apes, monkeys, dogs, lemurs and elephants," he said.

The idea was to test one cognitive trait, self-control, or what researchers call "inhibitory control," across species. Their test, reported in a 2014 paper published in the journal Proceedings of the National Academy of Sciences , was the animal version of the famous 1972 Stanford University study in which children ages 3 to 5 were tested on their ability to delay eating a marshmallow .

The cross-species study showed that "the bigger the brain an animal had, the more self-control they showed in our animal marshmallow test," Hare said. The ability to exercise self-control is one of the indications of higher cognitive function.

But there is one catch: Cats weren't included in the test, so while we can speculate how they might have performed based on their brain size, we don't actually know.

Another thing to keep in mind when doing this kind of intelligence assessment is that we may treat dogs and cats differently, Vitale said.

"For example, dogs are often well socialized and attend puppy classes, go for rides in cars and go to the dog park," she said. "Cat owners give their cats less of these types of socialization and training opportunities."

So, ultimately, who wins? The takeaway may be to appreciate your pet's particular kind of intelligence, especially the social intelligence that makes them delightful companions.

Paula Schaap writes about science, business and religion. Her articles have appeared in Salon, Bloomberg, The Deal and Episcopal News Service. Before turning to journalism, she was a commercial litigator in New York. She has an M.A. in journalism from American University, an M.F.A. in film from Columbia University, and a J.D. from Brooklyn Law School.