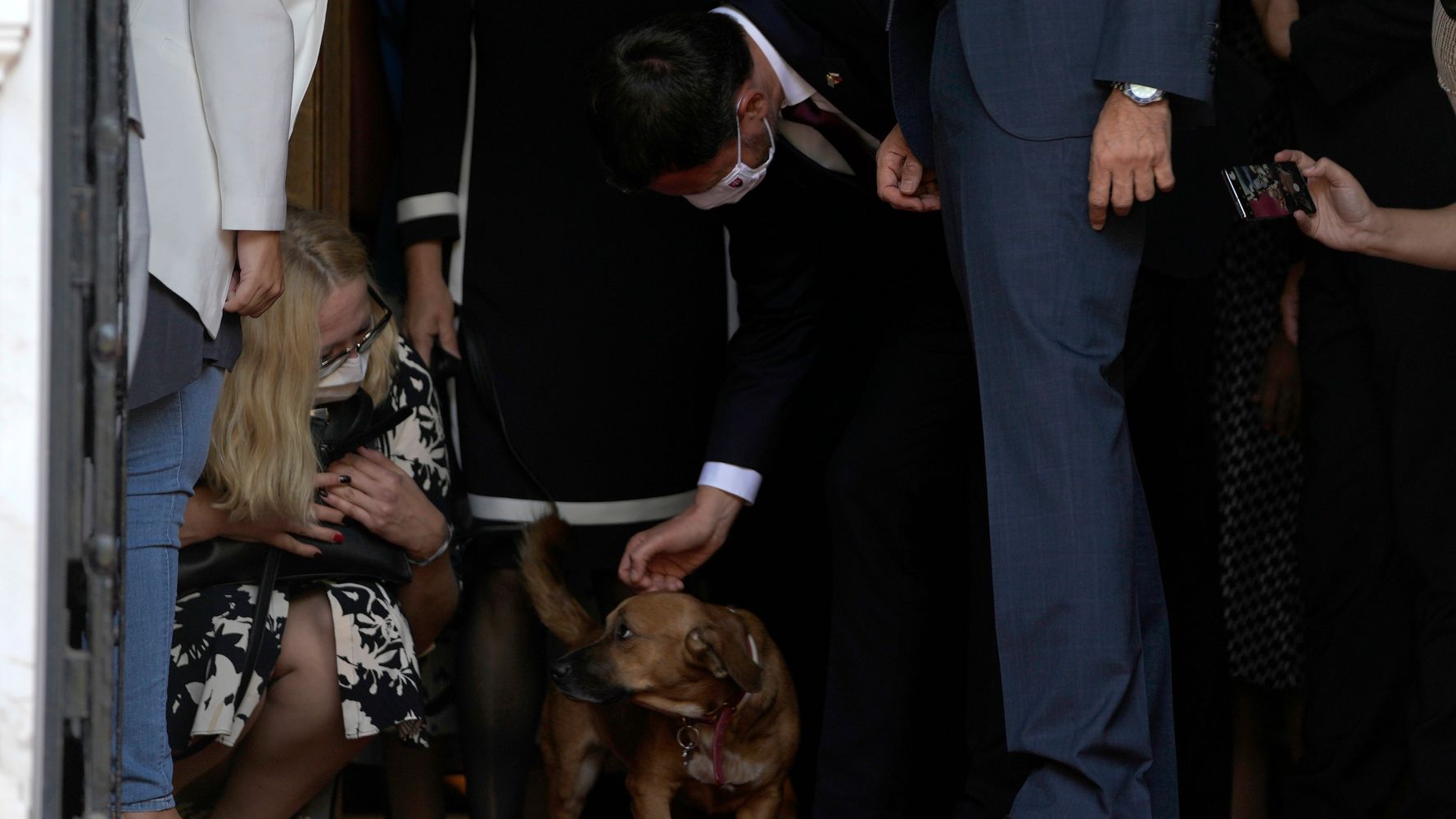 On Thursday, the golden-haired former stray decided to give himself a louder introduction ― briefly interrupting a news conference being held by the prime ministers of Greece and Slovakia.

Greek Premier Kyriakos Mistotakis expressed support for the country’s Balkan neighbors efforts to join the European Union, and froze momentarily as Peanut could be heard barking loudly a few meters away at the prime minister’s official residence.

“That is the dog we recently adopted who is often quite lively,” Mitsotakis said, turning to Slovakia’s Eduard Heger, who laughed as he listened through an interpreter.

“This is the first time he has intervened during a press conference. Usually, he just greets guests at the door and is more polite,” Mitsotakis said.

He adopted Peanut after visiting animal welfare volunteers on World Stray Animals Day in April. The dog, who typically wears a blue bandana over his collar, has been spotted roaming the rooms of the official residence, known as Maximos Mansion.

Mitsotakis’ government has led efforts to crack down on animal cruelty.

Parliament last year voted to make serious animal abuse punishable by up to 10 years in prison. Last week, lawmakers approved plans to create a national pet registry with DNA samples of cats and dogs that have not been sterilized.

The two have been photographed together for social media posts. 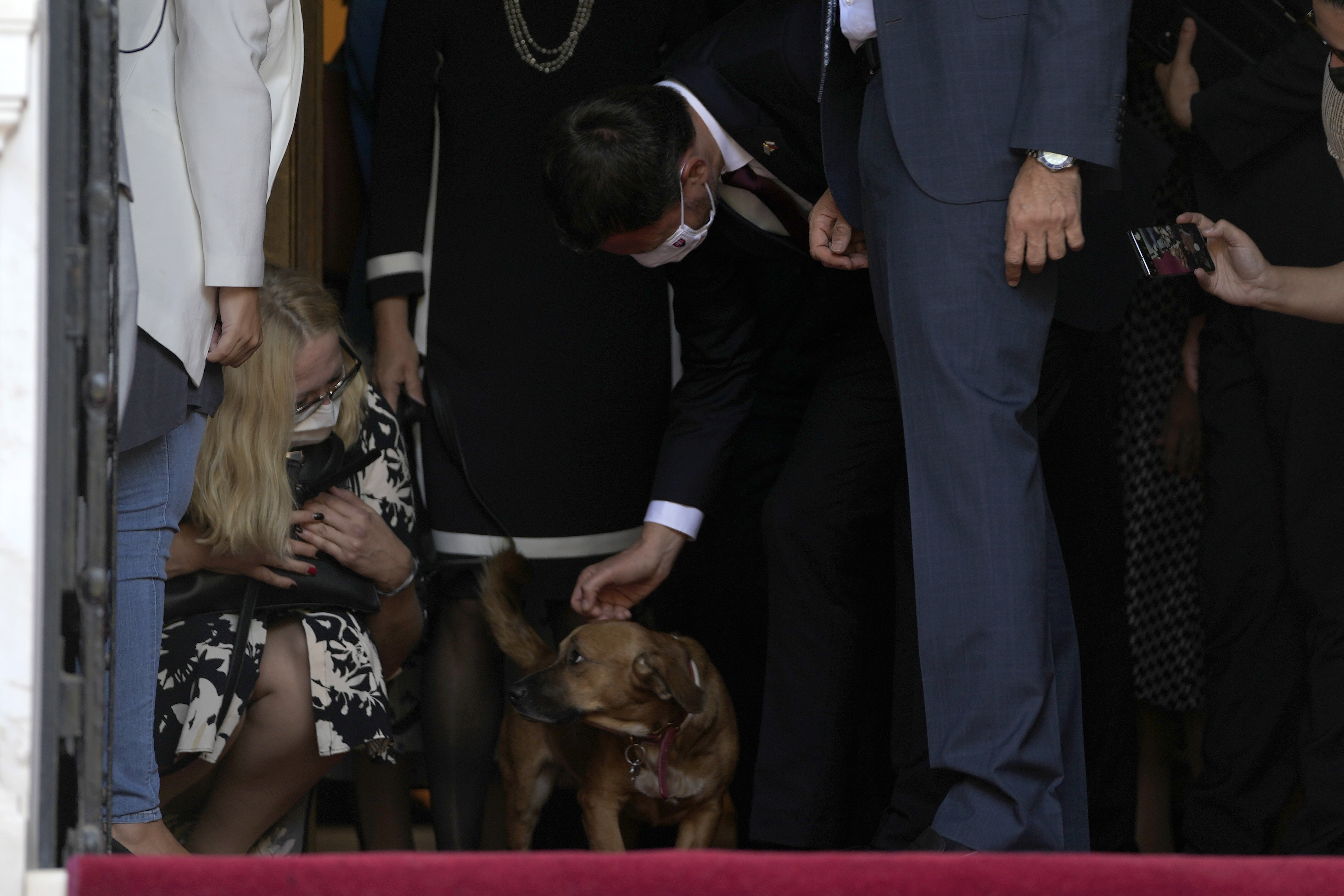