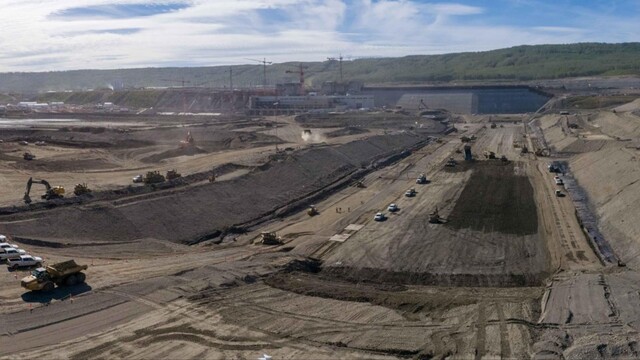 Provincial health officer Dr. Bonnie Henry says BC Hydro should make COVID-19 vaccinations mandatory to work at Site C. There have been two outbreaks at the work site this year, the first in April and the latest declared Aug.

There have been two outbreaks at the work site this year, the first in April and the latest declared Aug. 18 and still ongoing, with 92 cases reported to date by Northern Health.

During a public briefing on Tuesday, Henry was asked by Vancouver Sun columnist Vaughn Palmer whether the company should require workers to be double vaccinated to help contain the spread of the virus in Northeast B.C., to which she responded, “absolutely, yes.”

Henry note the province has implemented health orders requiring industrial camps to report the vaccination status of their workers, but noted, “it’s not high enough and that is contributing to some of the surge that we’re seeing in communities.”

There were 155 cases of COVID-19 reported in the northeast between Sept. 19 to 25, with the next weekly update from the BC Centre for Disease Control due to be released tomorrow.

As of Oct. 5, there were 1,646 workers reported at the Site C camp outside Fort St. John, according to BC Hydro. There were 21 active cases of COVID-19 reported, with 22 workers isolating at camp and another 30 isolating at home.

Health Minister Adrian Dix said 3,575 doses of vaccine have been given to workers on site, including 1,985 first doses and 1,590 second doses.

In August, the workforce was reported at just over 5,000 workers. Dix said of the 2,000 workers who have reported their vaccination status to date, 83% are fully vaccinated and 7% only partially. Five per cent are not vaccinated, and another five per cent did not disclose their status.

Dix said the outbreak situation “is stable” and that vaccinations continued to be encouraged. He noted Crown corporations are not part of the public service, where some 30,000 employees will need to be vaccinated by Nov. 22.

“We’re encouraging everyone in B.C. to get vaccinated and encouraging our leaders in B.C. in whatever part of the business sector, public or private, to encourage these efforts as well,” Dix said.

Some industrial companies have already moved to implement vaccine mandates, such as Canadian Natural Resources, which is requiring its employees and contractors to be vaccinated by December.