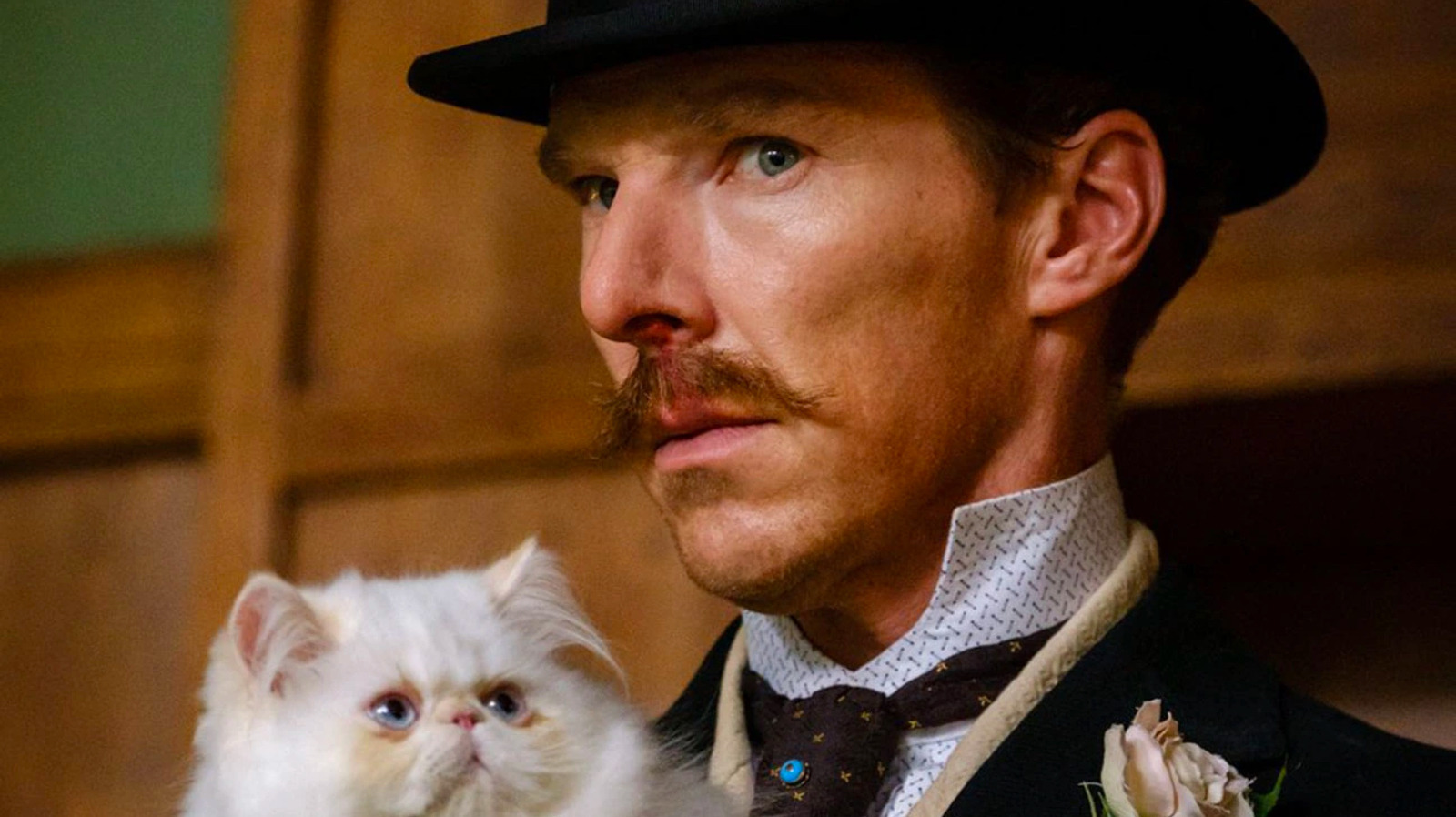 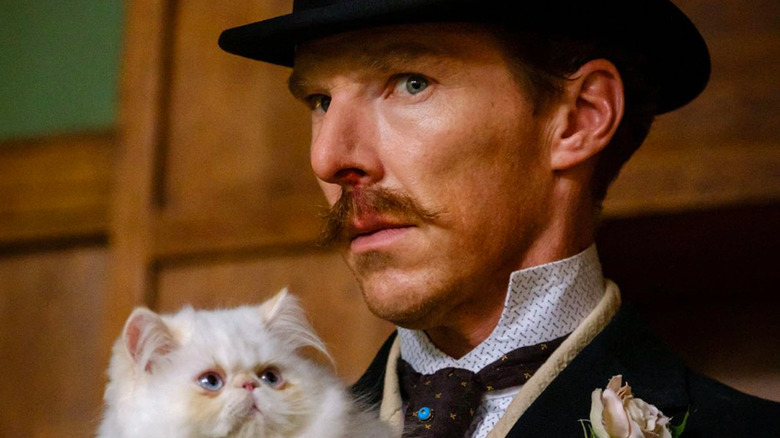 (Welcome to ...And More, our no-frills, zero B.S. guide to when and where you can watch upcoming movies and shows, and everything else you could possibly stand to know.)

Benedict Cumberbatch paints cats in "The Electrical Life of Louis Wain," an upcoming biopic that's both quirky and melancholy. It chronicles the true story of Louis Wain, an English artist who rose to fame in the late 1800s with his charming drawings of anthropomorphized cats. While Wain's artwork was beloved and helped turn people into cat lovers, he didn't have a good head for business and failed to copyright his work – something that kept him from reaping much reward. On top of all that, several tragic incidents haunted him throughout his life, and he spent his later years in mental asylums. "The Electrical Life of Louis Wain" is arriving at the end of this month, so let's take a look at the important details you need to know ahead of time. 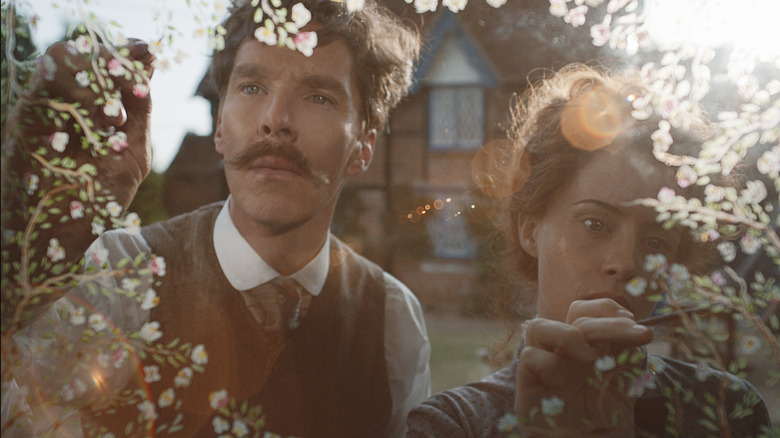 "The Electrical Life of Louis Wain" is one of the many new films that has itself a hybrid-style release. First, Amazon Studios will release the film in select theaters on October 22, 2021. After that, Amazon Studios will drop the film onto on Prime Video on November 5, 2021, where it will be available for subscribers to stream. So you have options: you can either try to catch this in a theater in October, or wait a few weeks and watch it at home.

What Is The Electrical Life of Louis Wain? 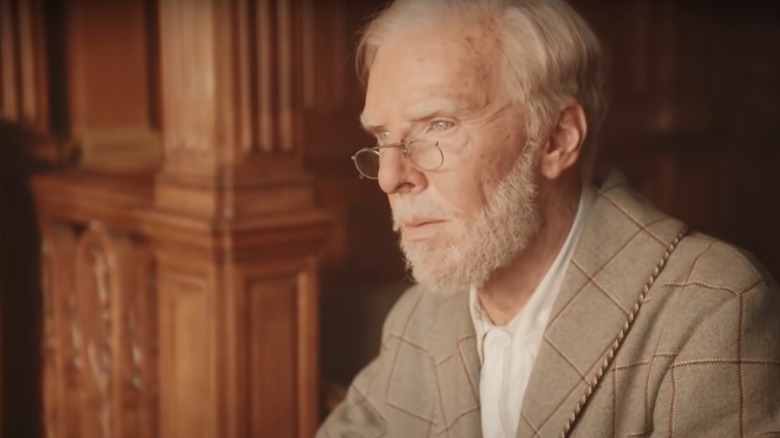 "The Electrical Life of Louis Wain" purports to tell the true story of artist Louis Wain, who became famous for his drawings of cats. I confess I've never heard of Wain before this movie, so I have no idea how accurate it all is. For one thing, the film makes the bold claim that people didn't really keep cats as pets until Wain's drawings made everyone enamored with our feline friends. I have a hard time trusting this, but sure, let's go ahead and assume it's correct for the sake of the movie. "Louis Wain" has some charming elements, and a funny, knowing narration from Olivia Colman. That said, the movie is a lot more depressing than I was expecting. So if you're going in expecting a quirky movie about Benedict Cumberbatch and cats, be warned. As I wrote in my review:

That's not to say "The Electrical Life of Louis Wain" is a slog. As a director, Sharpe casts the entire film in a hazy glow, recalling lamplight. And there are fantasy-infused sequences of true beauty, coupled with Arthur Sharpe's lovely-yet-sorrowful score. But I can't shake the notion that the movie, despite its frequently sad tone, thinks this story is a lot more uplifting than it actually is. As the narrator tells us, Louis Wain's life was one of constant striving and searching. He believed that his theories of electricity – and cats – held "the key to all of life's most profound and alarming secrets." And did he ever use that key to unlock those secrets? Probably not in real life. But hey, when the legend becomes fact, print the legend.

The Electrical Life of Louis Wain Director, Writer, and More 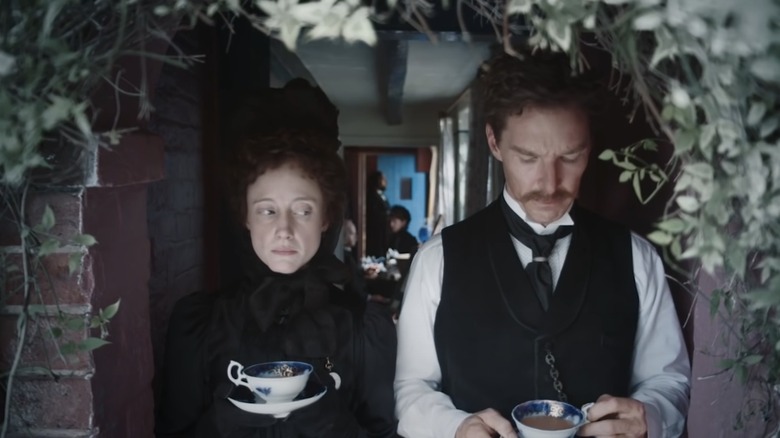 "The Electrical Life of Louis Wain" was directed by Will Sharpe. The script comes from Simon Stephenson and Will Sharpe, from a story by Simon Stephenson. Guy Heeley, Ed Clarke, Adam Ackland, and Leah Clarke are the producers. Cinematography by Erik Wilson, edited by Selina Macarthur, and music by Arthur Sharpe. 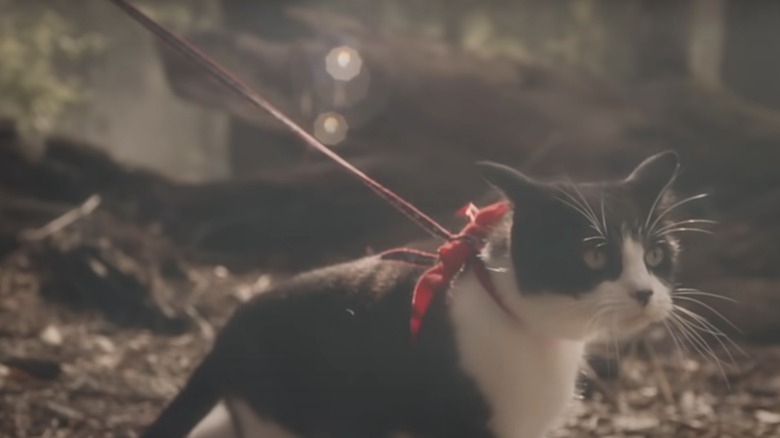 The very impressive cast of "The Electrical Life of Louis Wain" includes Benedict Cumberbatch, Claire Foy, Andrea Riseborough, Toby Jones, Sharon Rooney, Aimee Lou Wood, Taika Waititi, and Olivia Colman. Also: there are cats, so it has that going for it.

Finally, in addition to the trailer above, here's the official "The Electrical Life of Louis Wain" synopsis:

The extraordinary true story of eccentric British artist Louis Wain (Benedict Cumberbatch), whose playful, sometimes even psychedelic pictures helped to transform the public's perception of cats forever. Moving from the late 1800s through to the 1930s, we follow the incredible adventures of this inspiring, unsung hero, as he seeks to unlock the "electrical" mysteries of the world and, in so doing, to better understand his own life and the profound love he shared with his wife Emily Richardson (Claire Foy).
Staff Reporter 3 months ago
previous post next post
We use cookies to ensure that we give you the best experience on our website. If you continue to use this site we will assume that you are happy with it. Ok