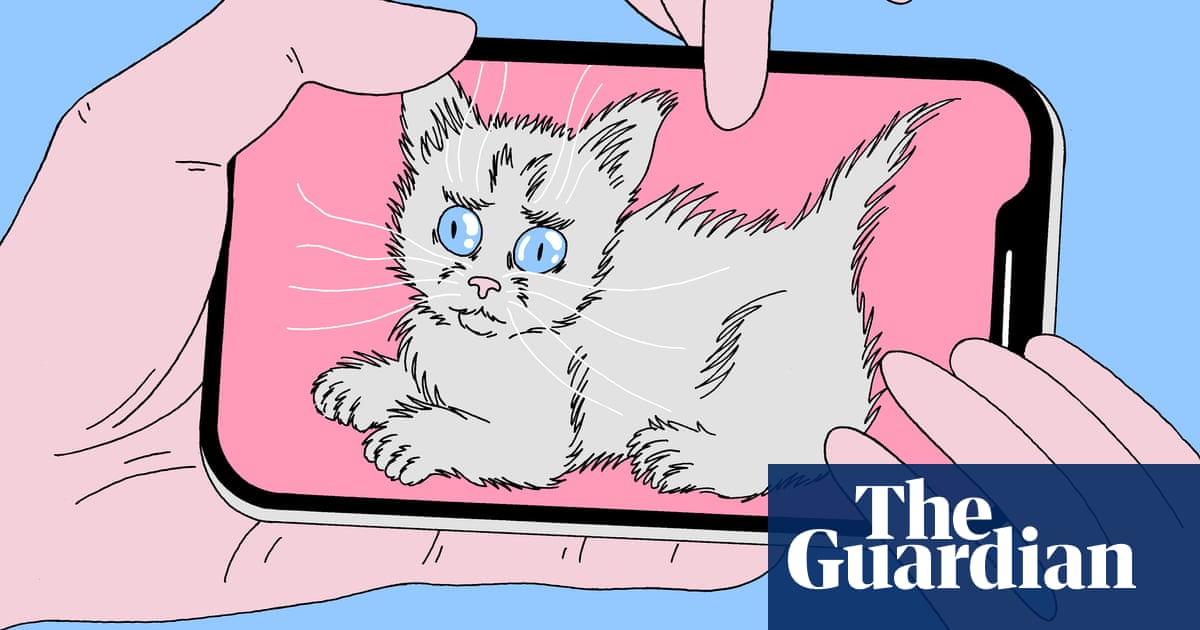 Tim Dowling: I fear we may be getting a kitten. Or worse, a corgi

Show caption ‘If you go and look at that kitten, you will almost definitely come home with that kitten.’ Illustration: Peter Gamlen/The Guardian
The Tim Dowling column

I’m a firm believer that when something you love dies, you should take plenty of time to process the loss before replacing it. Unless it’s the TV

In the weeks since the cat died the dog has lost a lot of weight because there is no longer any cat food left out for it to eat. As a result the dog is healthier, more active and more annoying, but this is still what you might call an unforeseen upside to tragedy.

I walk into the sitting room, where my wife is seated at her desk.

“Can I help you?” she says. There is a pause. The dog, which is lying on the sofa, lifts its head.

“I do have a reason for being in here,” I say. “I’ve just forgotten what it is.” I can’t help noticing there are pictures of kittens on my wife’s screen.

“It’s too soon,” I say. I’m a firm believer that when something you love dies, you should take plenty of time to process the loss before replacing it. Unless it’s the TV. If the TV died I would buy a new one that same day.

“At the moment I’m just looking at cats, to see what’s out there,” she says. “And also dogs.”

“Dogs?” I say. In response the dog jumps off the couch and trots over to where I’m standing.

“Just to see what’s out there,” she says. The dog assumes a playful crouch at my feet, tail wagging, as if to say: you, me – let’s go!

“I just think a suitable mourning period is important,” I say, “so we can experience the hidden upsides to not having a cat.”

“And how long is that period for you?” she says.

“A year,” I say. “Because some of those upsides might be seasonal.”

“That’s ridiculous,” she says. “Anyway, I’ve listened to your views.” The dog sits up, then crouches, then sits up, then barks. I look down.

‘No, of course I don’t like corgis.’ Illustration: Peter Gamlen/The Guardian

A few days later my wife rings me.

“It’s a simple yes or no question.”

“No you don’t,” I say. “I’ve heard you disparage them on many occasions.”

“I don’t understand why you’re being so unpleasant,” she says.

“Are you in the car?” I say. “Are you coming home with a corgi right now?”

A week after this call, my wife crosses the garden to my office in order to show me a picture of a kitten on her phone.

“Only about a mile down the road, as it happens,” she says. “I’m going to see it on Saturday.”

“Little Giles!” she says, turning and walking back across the wet grass. I think: Giles?

That evening my wife, my three sons and I are in the kitchen, discussing the possibility of a replacement cat, while the dog attacks its food with unusual vigour. No one is listening to my argument about the hidden seasonal upsides.

“Christmas, for example,” I say. “No cat sick with tinsel in it.”

“It is very sweet,” says the oldest, looking at his mother’s phone.

“You should come with me to see it,” she says.

“Then what happens?” I say.

“Is this an initial consultation visit, or what?” I say.

“We’re going to look at a kitten,” my wife says. “What don’t you understand?”

“He’s got a point,” the oldest one says. “If you go and look at that kitten, you will almost definitely come home with that kitten.”

No one says anything for a long time. I look round the room, but everyone appears to be avoiding my eye. Finally, the youngest one lifts his head from his computer screen.

“That’s literally all anyone’s been talking about,” says the middle one, staring into the fridge.

“Little Giles,” my wife says, looking at her phone. I try to concentrate on the hidden upside, which is: at least we’re not getting a corgi.

Staff Reporter 7 months ago
previous post next post
We use cookies to ensure that we give you the best experience on our website. If you continue to use this site we will assume that you are happy with it. Ok