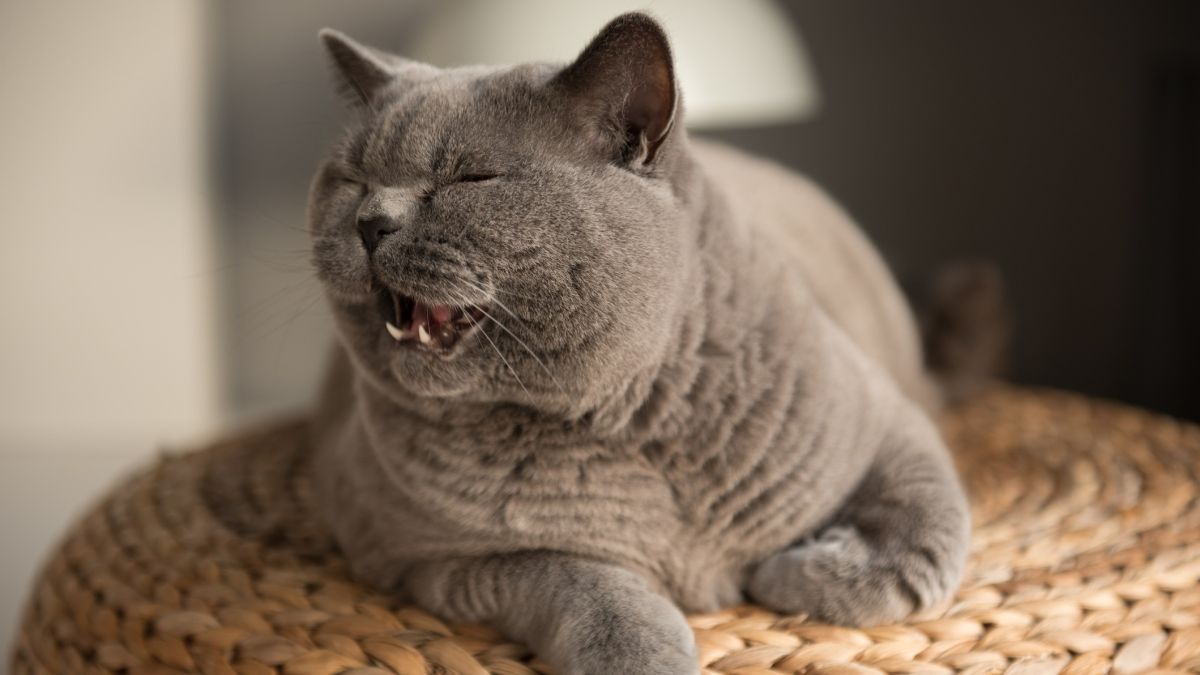 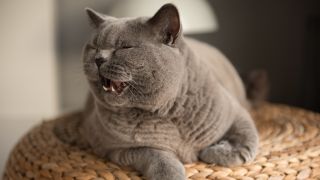 House cats, as well as cheetahs, cougars and lynxes, can purr but can't roar, whereas other cats, such as lions, tigers and jaguars, can roar but can't purr. (Image credit: Carlos G. Lopez)

House cats may lord over the living room, but one significant difference (other than their size) sets them apart from their king-of-the-jungle kin: their vocalizations. Most big cats, such as lions and tigers, can roar loudly to announce their presence and defend their territory, but house cats are stuck with their less-ferocious meows and purrs.

So, why can't house cats roar? Goodness knows it would help them get their way around the house (even more so than they do already).

It has to do with the physiology of the cat's voice box and throat, which help create these feline vocalizations. Because of the way purrs and roars are made, these sounds are mutually exclusive in cats — any given cat species can either roar or purr, but not both, said John Wible, curator of mammals at the Carnegie Museum of Natural History in Pittsburgh.

Related: Why do cats meow?

Purring is a unique sound because it's created both when the cat breathes in and when it breathes out. The vocalization seems to have evolved first in cats and is widespread in the Felidae family, Wible said. Cats that purr include the house cat, bobcat , ocelot , lynx, cougar and cheetah .

"Roaring is much rarer among cats and evolved in a particular lineage of large cats," Wible told Live Science in an email. These cats make up the Panthera genus, which includes lions , tigers , jaguars and leopards . One exception here is the snow leopard, which may have lost its ability to roar, according to Wible and a study in the Journal of Anatomy .

As in humans, the sounds cats make come from their voice box, called the larynx. The difference between purring cats and roaring cats starts here, though exactly how cats make these sounds are unclear, Wible said.

Roars come from bendy bones in the throat

The mammalian voice box is in the throat, where air passing by its structures creates sounds. The hyoid bones and the vocal cords are two essential parts of the larynx that produce vocalizations in cats.

"All mammals have bones in their neck close to the lower jaw that are the hyoid apparatus, and these bones have a connection to the base of the skull, either directly or via ligaments," Wible said. One of the significant differences between roaring species and purring species lies in the hyoid.

"The roarers have a unique arrangement for one pair of the bones of the hyoid apparatus, called the epihyoids," Wible said. "Rather than bone, the epihyoid is an elongated elastic ligament." The flexible cartilage allows the animals to lower the voice box in the throat, producing a deeper-pitched sound.

Purrs come from variations in the voice box

Another significant difference between roaring and purring cats lies in the voice box itself and is essential for purring, Wible said. "Purring is caused by the extremely rapid twitching of the vocalis muscle, which is in the vocal folds in the voice box."

Roaring cats have longer, heavier, stretchier, fleshier, fattier layers of tissue making up their vocal cords. This tissue is strong and flexible, letting these big cats create the rumbling sound of a roar in a low pitch, according to research published in the journal PLOS One in 2011, but it doesn’t let them purr.

Whatever physiological developments led to the cat's purr, "it must have provided some evolutionary advantage to be maintained in the cat lineage," Wible said. Scientists are not sure exactly what its role is in the wild. Theories include the suggestion that purring is a healing or calming mechanism or that it might help hide the mewing of kittens from predators .

"My house cats purr as a sign of contentment as far as I can tell," Wible said. "But I don't know if that is the same across wild species of cats that purr."

Jennifer Welsh is a Connecticut-based science writer and editor with several years of bench work in cancer research and anti-viral drug discovery under her belt. She has previously written for Science News, VerywellHealth, The Scientist, Discover Magazine, WIRED Science, and Business Insider.